Maybe some people still remember the pleasure of idly leafing through a volume of the encyclopedia and coming on a page that stops you in your tracks. When I was about 7, that page was in the first volume of the World Book under the entry for alphabet. There were illustrations of Roman, Gothic, Italic and Spencerian calligraphy among others. Letters with squiggles, wings and tails, swooshes, dots and cartouches; letters like animals and letters like ornate palaces. I was hooked and made my crude renditions of fancy letters in school notebooks; on title pages for homework assignments; envelope addresses; and wherever else I thought them appropriate.

After college I moved to New York City and began taking calligraphy classes while I worked in book publishing.  When I took one in Hebrew lettering my mother asked me if I would make a replacement ketubah (Jewish wedding contract) for a close friend of hers whose original went down with the Andrea Doria on their honeymoon in 1956. (Fortunately the shipwreck was not a portent of their marriage.)

The Andrea Doria after colliding with the Stockholm off the coast of Nantucket, July 25, 1956.

I designed that first ketubah to resemble a weaving and approached it the way I tackled drawing–building up layers of oil pastel, scratching through, and scraping off to make a solid fabric (a much better metaphor for marriage than a shipwreck). 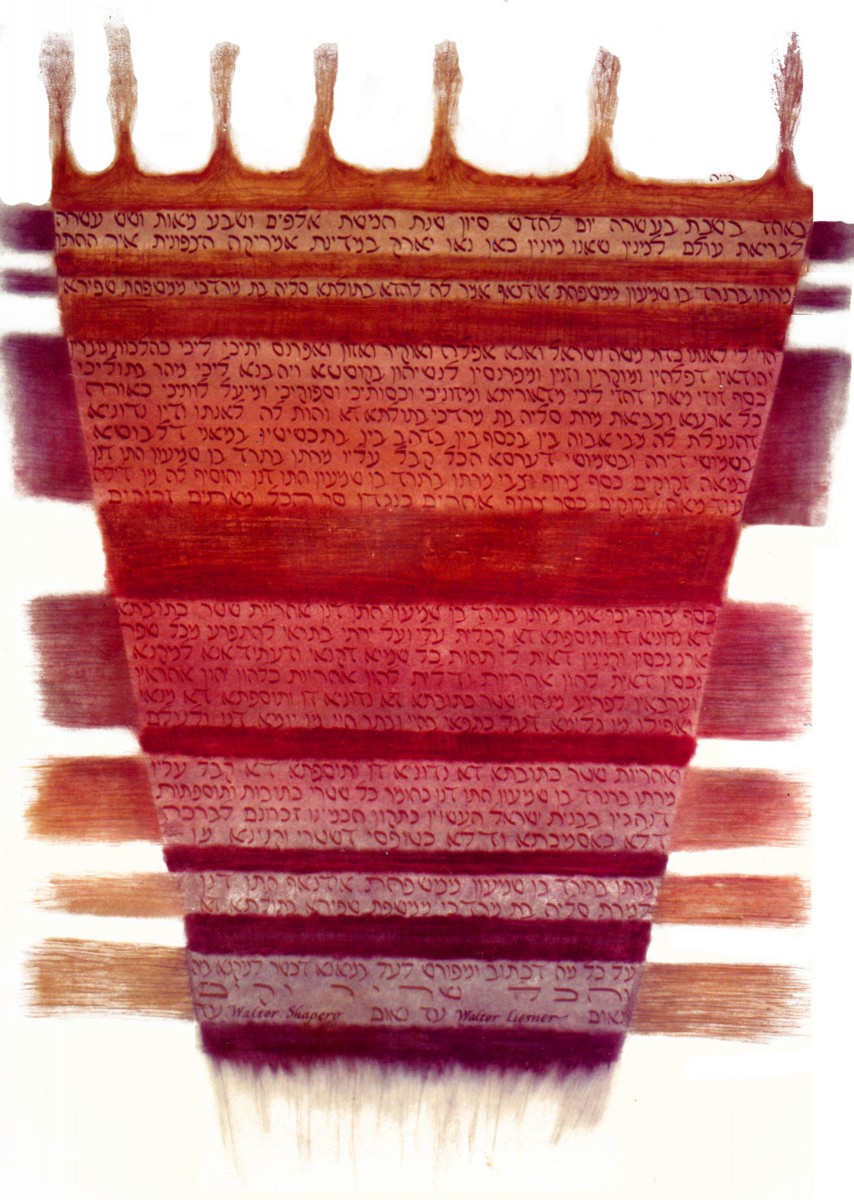 That was back in 1976 and the start of my on/off/on life as a ketubah artist. Now, almost 40 years later, I’m still making ketubbot, after many years of being a painter and educator.  It’s a great  business,  since I play a part  in such a  joyful moment in people’s lives. So I decided to share some stories about it as well as profile some of the couples I’ve worked with for their  ketubahs; feature some of the glorious examples of ketubbot throughout history and around the world; and talk about some of the elements that go into my approach to this art.